11 May A shopping mall in ancient Rome: the Trajan Market

Posted at 12:06h in Experience by Valentina Di Pietro
Share 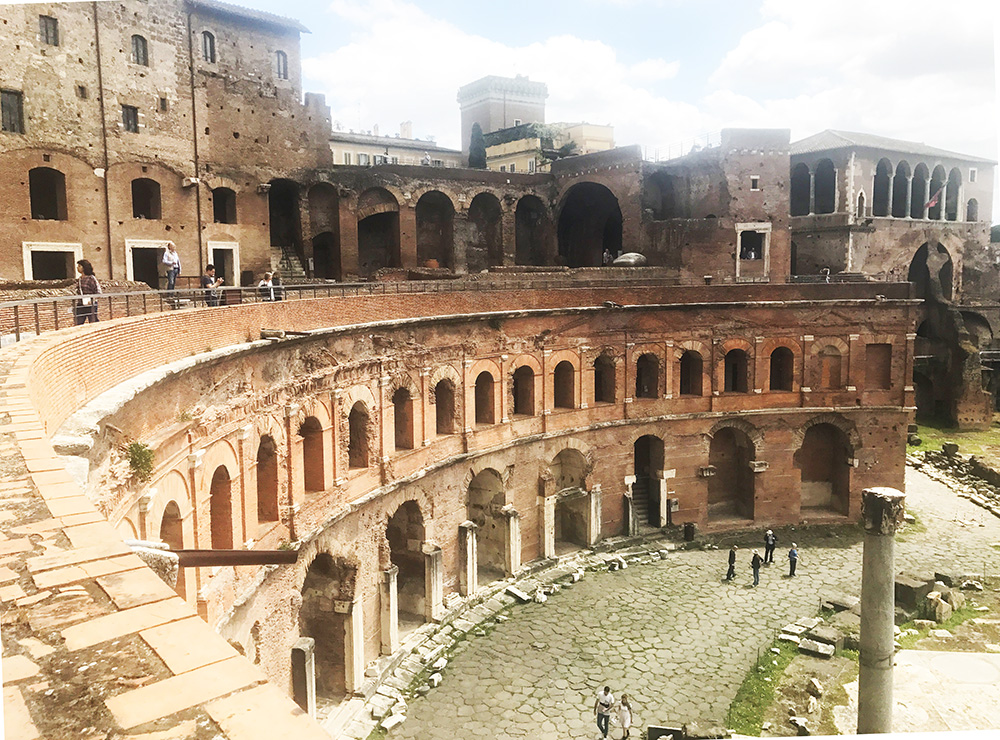 If you wish to experience life in Rome during ancient roman time, don’t miss this amazing perfectly preserved ancien commercial mall, stepping on the same road where the Romans once stepped. The complex of market named after the emperor Trajan who commissioned it, was probably more then “just” a market. The historians believe now that the back building of the huge complex was destined to administrative use while another brunch upstairs was a residential block.

Anyway, it’s impressive the atmosphere that you can breath in this place, maybe one of the fewest authentic ancient buildings which survived, including a road (those typical dark round cobblestones for carriages) incredibly well preserved and flat, with the original sidewalks where pedestrians were walking.  This road was called “Biberatica” perhaps from biber, that in latin means “drink”, because it was leading to various drinking establishments which served the shoppers! 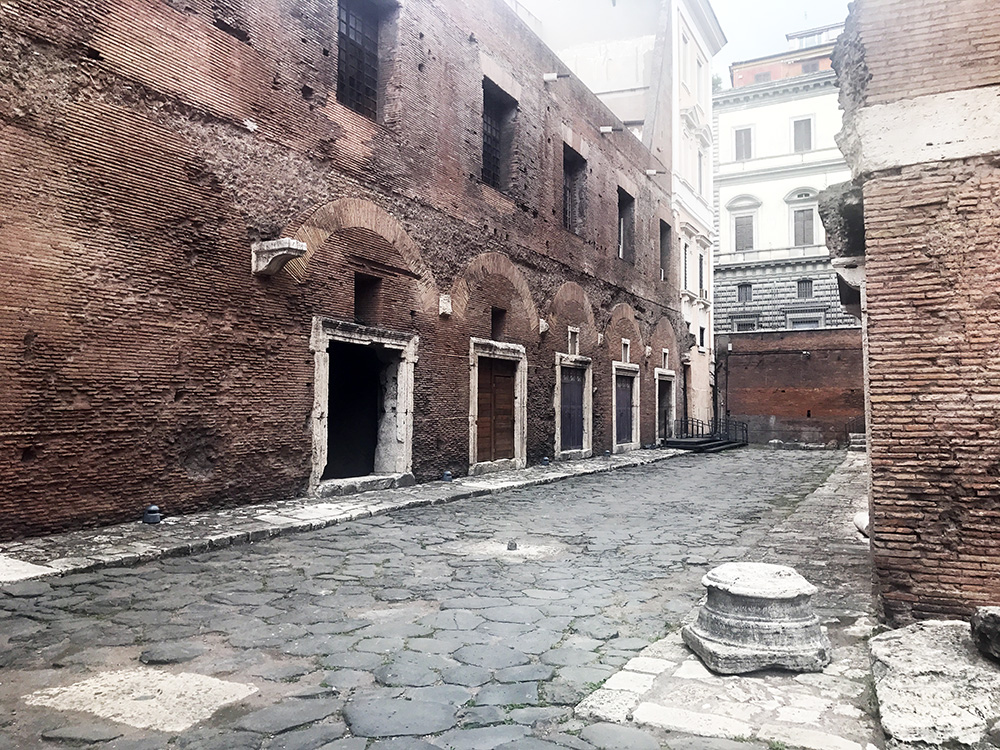 Walking all over the huge structure we are still able to see the original shops, some smaller ones at the ground level where the alcoves opened onto a street and some others upstairs. Originally they would have all been framed with travertine and paved with mosaics, each one different from the other.

The large square in front of the Great Hemicycle was paved instead with colored marbles, fragments of which are visible still now. 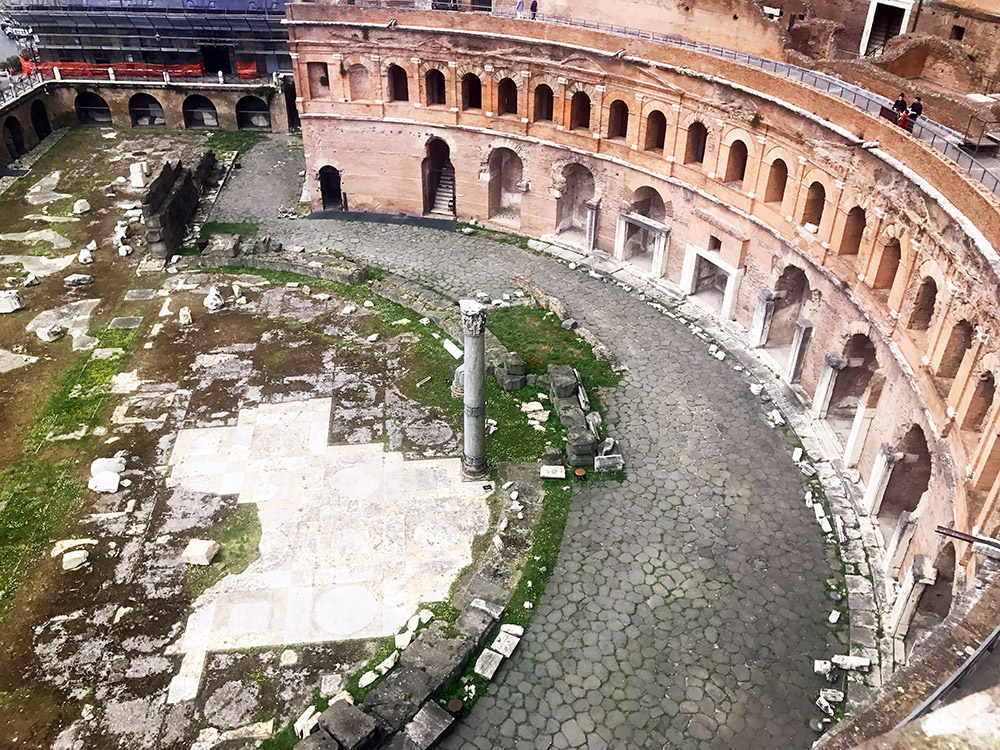 The buildings were largely constructed using concrete and faced with brick and it’s for sure one of the finest examples of Imperial Roman architecture, furthermore because of its famous archi-star of that time, Apollodoro da Damasco. The semi-circular facade (Great Hemicycle) was strengthened by two halls at its end covered by a low dome very similar to the one of the Pantheon, including the hole at the top that is unfortunately not visible anymore (during the 1930s restoration it has been covered).

It’s really one of my favorite places in Rome because the feeling I have each time is to live an everyday life time frame with the same atmosphere (except for the chaos of a busy market in those days)! Imagine how popular and busy could have been a central market selling all types of products such as fruit, vegetables, fish, wine, olive oil and spices of all kinds, coming from across the empire.

Discover Trajan market and other authentic roman sites during my tailor made tour of Ancient Rome. 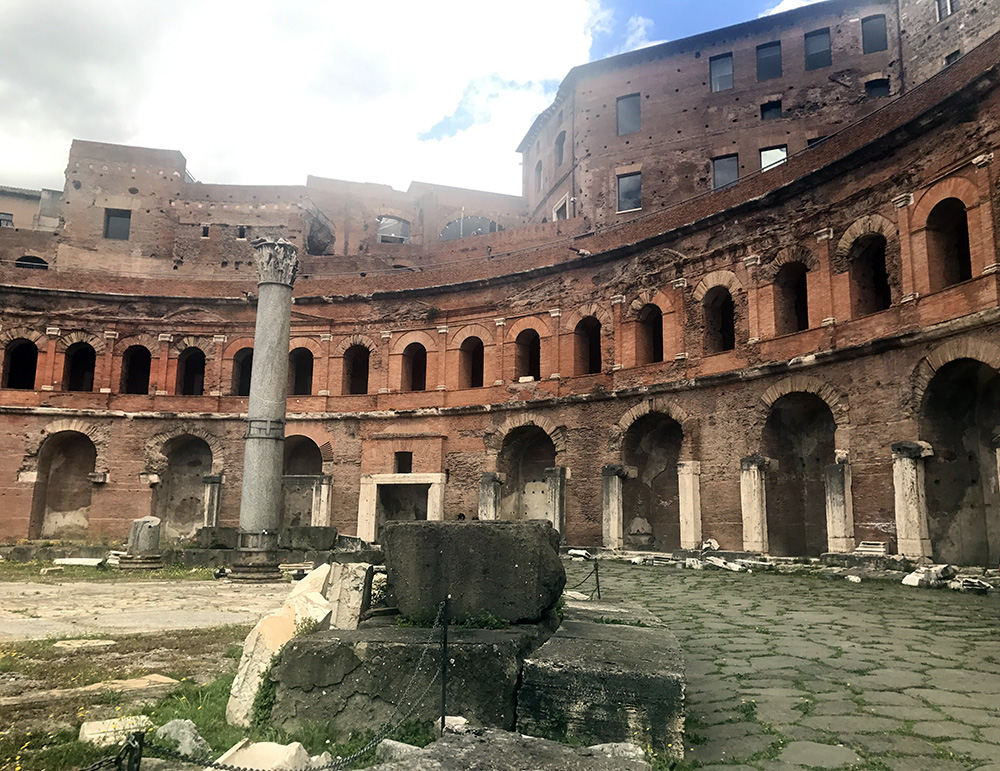