04 Apr A tree in the white marble: Giuseppe Penone at Fendi’s HQ

Posted at 17:05h in Experience by Valentina Di Pietro
Share

One of the greatest living sculptors in one of the most impressive spaces modern Rome has to offer. The result is amazingly powerful, grand, meaningful. It’s the exhibition “Matrice” by Giuseppe Penone organized by Fendi in its headquarter at the “Palazzo della Civiltà”, a fascist building in the EUR district. 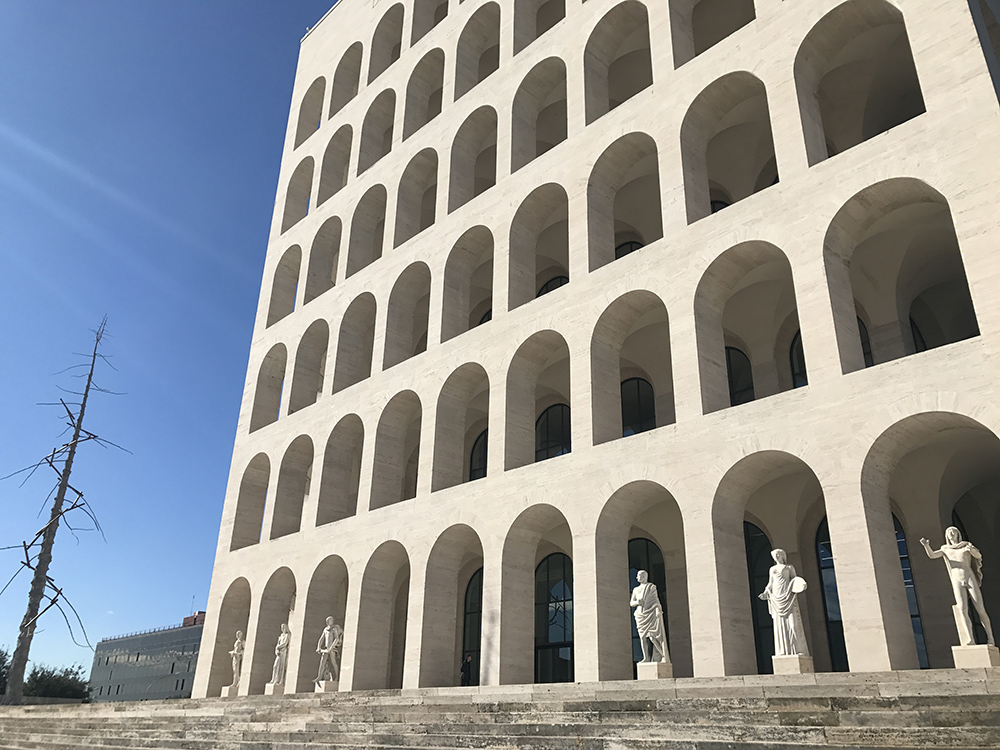 First of all Penone is, without any doubt, one of the purest artists we ever had in Italy: his research on the vulnerability of nature and on natural shapes was persued since the beginning of his career, in the 1960s, (when he took part to the avant-guarde movement of Arte Povera) to the present. The most spectacular artwork of the exhibition called “Matrice” is a 30 meter-long sculpture in which the trunk of a tree has been carved out following one of its growth rings, bringing to the surface the past of the tree and its evolution and crystallized by a bronze mold which freezes nature’s flow of life. The romanticism of Penone’s art is even more evident in the delicate “Acacia Thorns-Contact”: a canvas where the image-shape of a person’s face is drawn with hundreds of thorns, sticked on the canvas surface. It represents traces of men absence, like footprints, but way more evocative. That’s why the union between Penone’s evocative works and the large white and bright square-space of the building is a great description of an allegory, that one of absence. 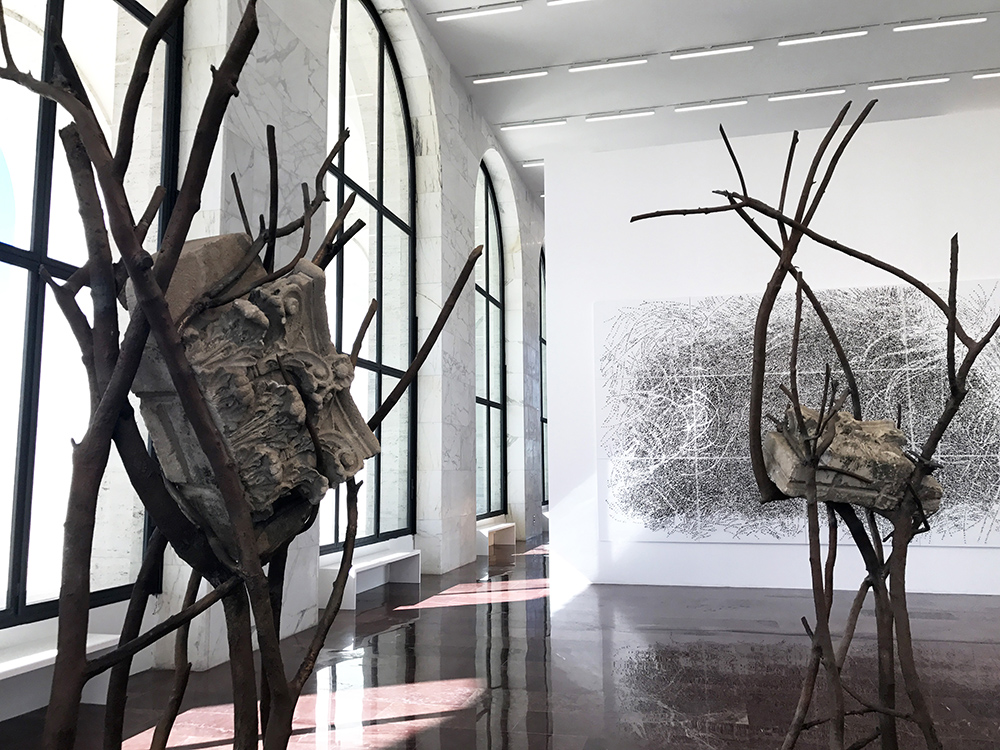 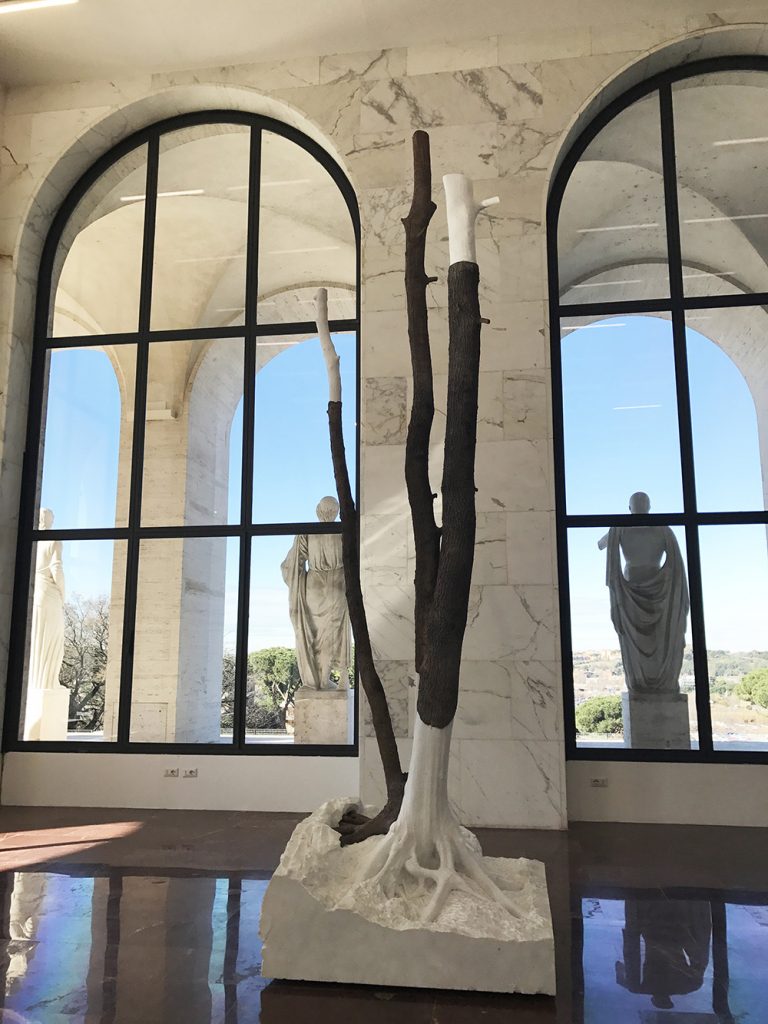 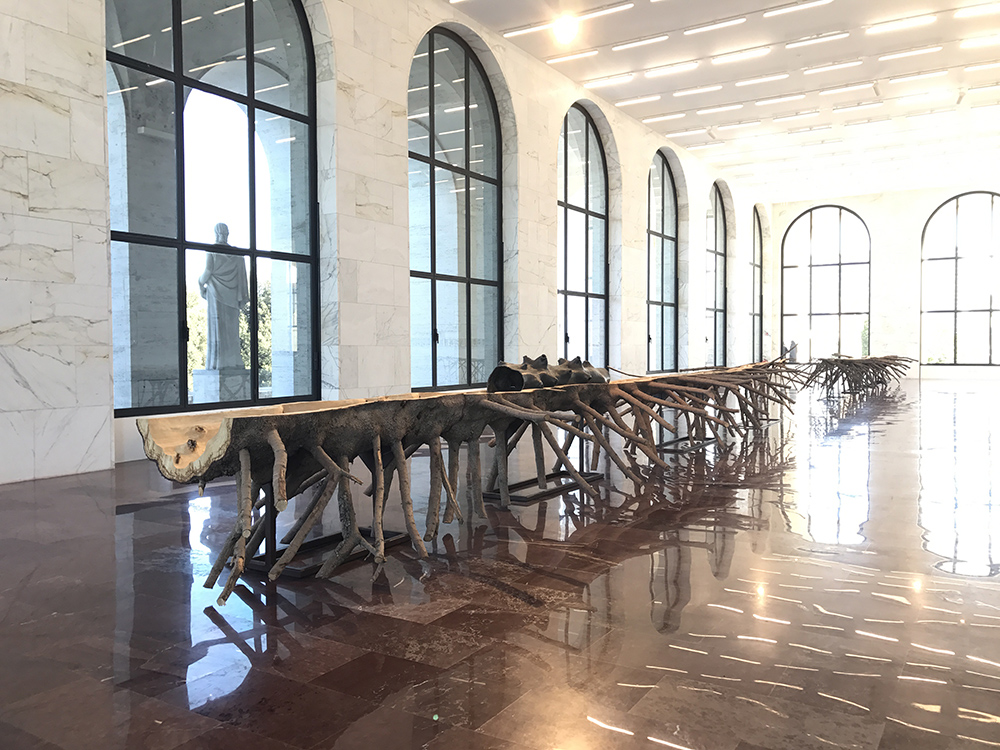 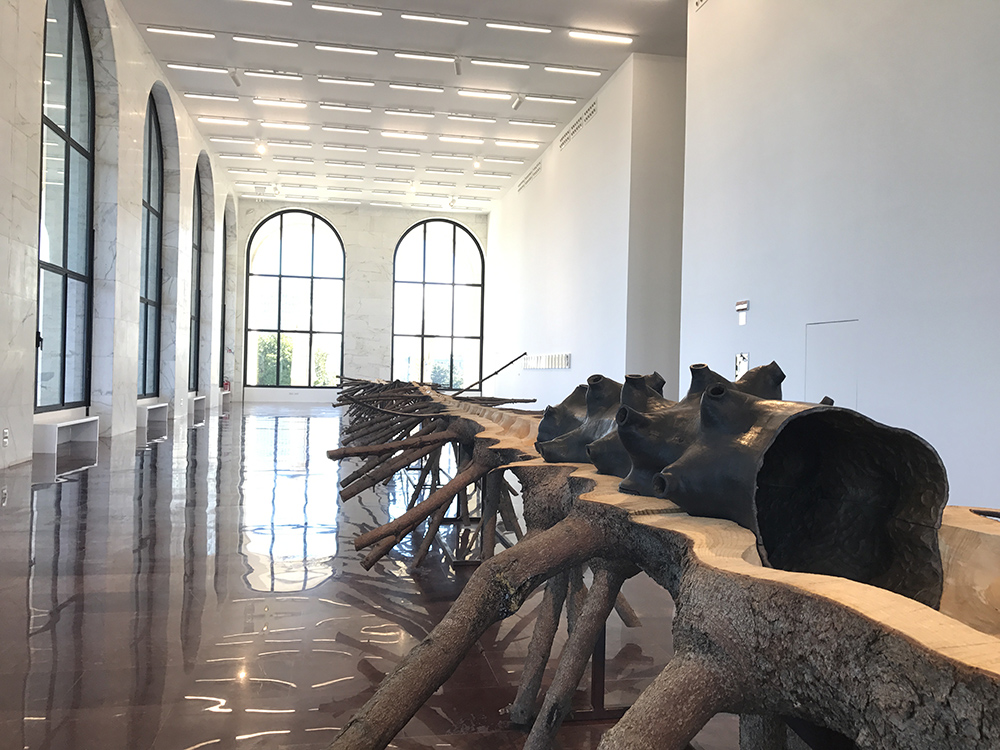 The dialogue with the monumental space of the so-called “Square Colosseum”, that is the Palazzo della Civiltà, designed in the 1930s by fascist architects for a grand dream of Mussolini, the italian dictator who thought this building could become the worldwide representation of his glory and power. The building was part of a universal fair project that had to take place here – and in the entire district now called EUR – but it never happen. The war stopped the works halfway and the dream of Mussolini too. The splendor of the building became a melanconic and elegant emptiness, the empty space left by the failure of dictatorship, which now gives space to Fendi headquarter. Fendi just decided to devote the first floor of the “Square Colosseum” to art shows and temporary exhibitions like the present one. The result is an explosion of art, nature and light.

Please go visiting on a shining sunny day, because the light here is incredible! It will warm you, it will inspire you.

# The “Square Colosseum” is included in my tour of Modern Architetture and of course the exhibition too! If you want to experience it with me don’t hesitate to contact me. 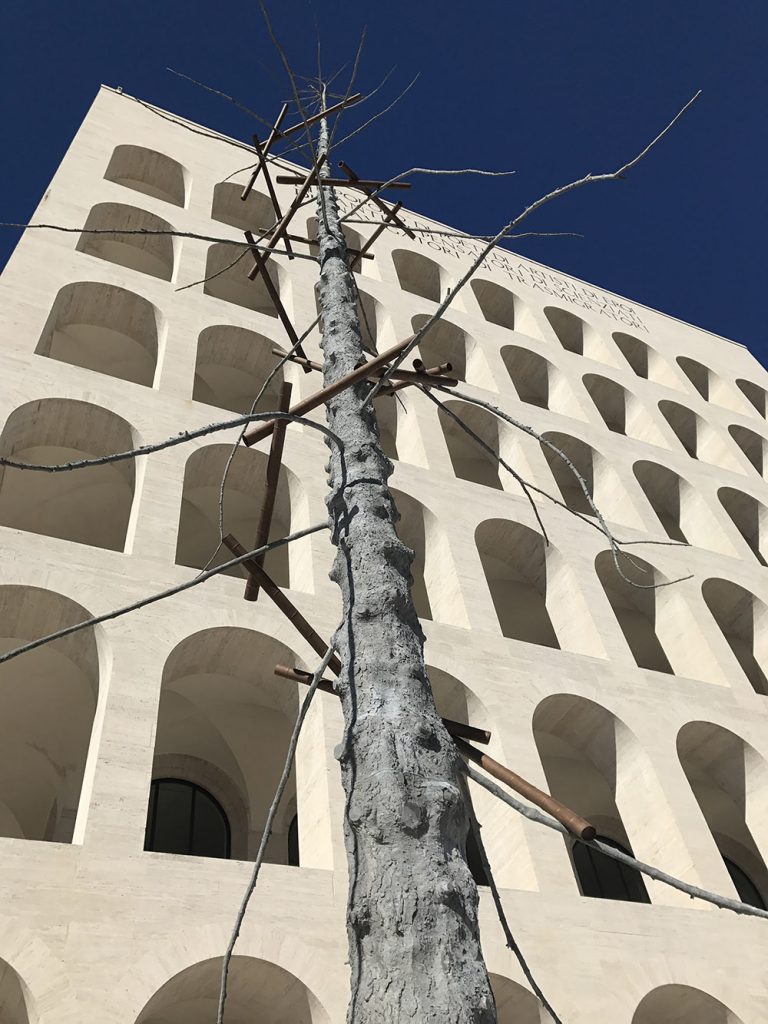