03 Apr Colosseum: some incredible facts you may not know about

Posted at 22:13h in Experience by Valentina Di Pietro
Share 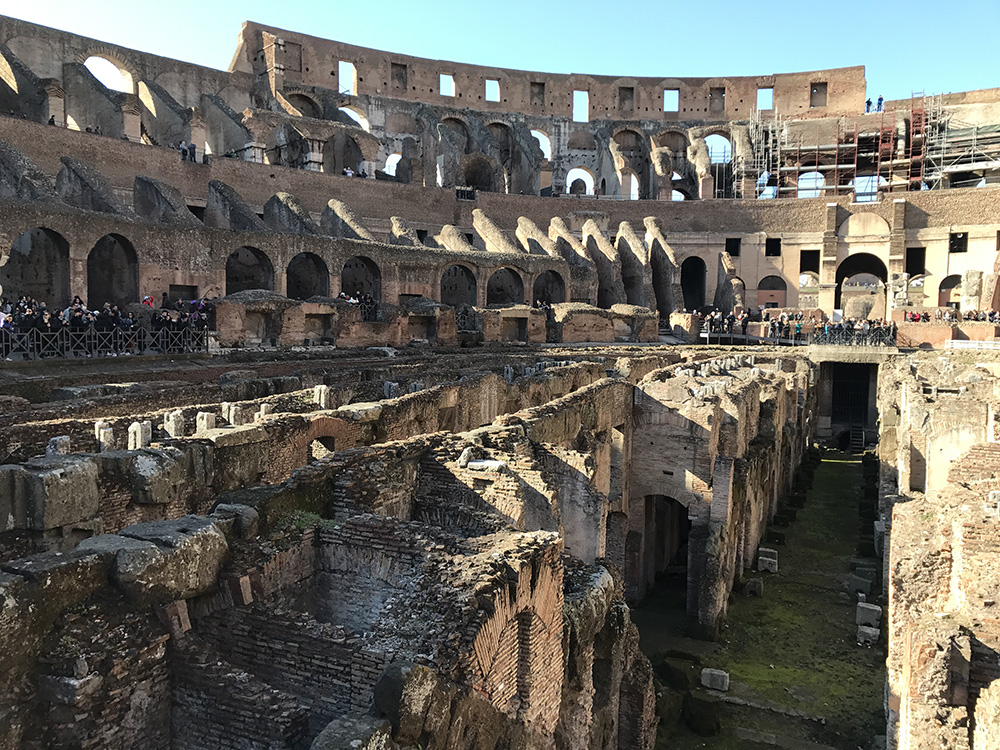 Elevators beneath the arena

Gladiators and wild beasts were appearing from beneath a wooden floor as if by magic thanks to an extraordinary powerful elevators system. The arena – that you might expect to be a smooth ground of sand (arena in latin means sand) – was instead originally a wooden floor filled on top with sand that was a great way to clean from blood and other disgusting stuff. Beneath the arena there was, and there is still, a huge structure of walls shaped in concentric rings with chambers and grooves. 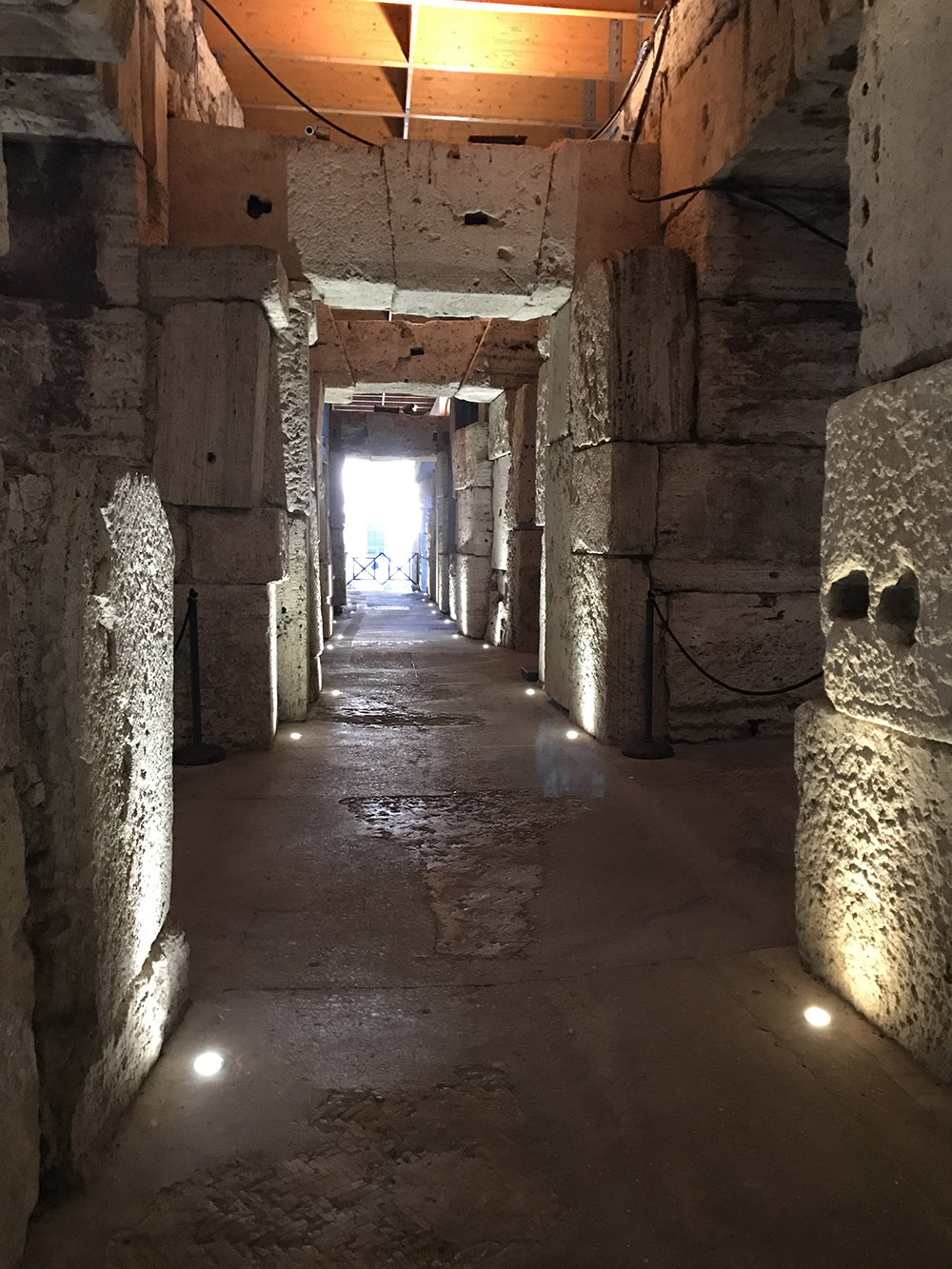 This is the place where the complex wooden machinery once existed underground and it was based on large capstans that powered the lifting and lowering cages and platforms, capable of quickly delivering wild animals or gladiators, but also scenery and equipment into the arena. Of course, slaves were pushing the winches to power the elevators (and counterweights) which are thought to have been nearly 60, spread throughout. Each elevator or ramp was moved by 8 slaves, imagine how many laborers were used for each show! Try to picture in your mind how surprising and amazing was for the spectators to see exotic unseen beasts popping up as today we see our favourite singer coming out from a trapdoor! That was the beginning of our modern entertainment system! 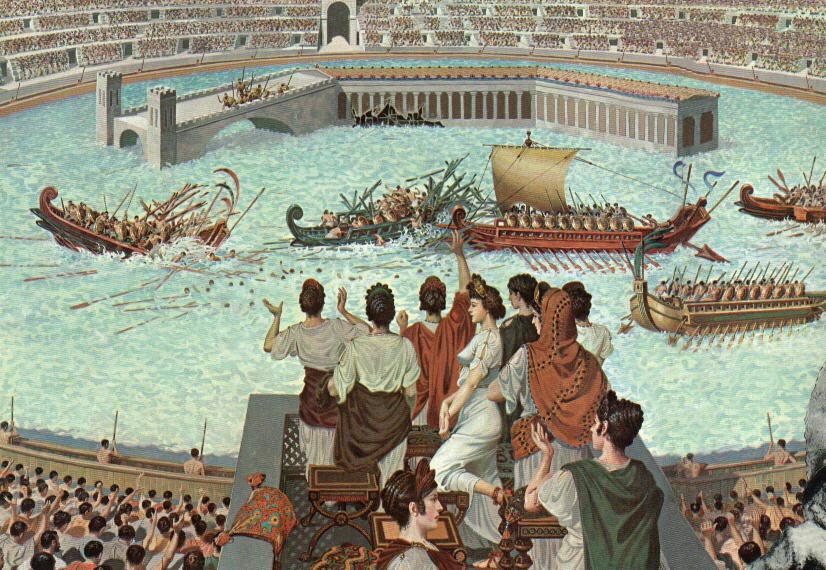 At the beginning the arena could be removed to flood the empty space below to recreate sea battles where mock boats were fighting and bombing each orher as in a real naval battle. That could happen only before the construction of the underground masonry and machinery described above, that’s why the archeologists think it happend just at the very beginning of the Colosseum history, for sure it was part of the great opening celebrations.
The way Romans were able to pump water through a sophisticated system of hydralics is just incredible!

The bloody entertainments of gladiatorial and hunting games (where gladiators were trying to hunt and kill animals and animals were killing each others too) were always sponsored by the editor that most of the times was the emperor. The show began always with an elaborate parade (pompa) that included the fighters (the best ones, of course) and was led by the sponsor of the games. Sometimes during the procession they used to display and present also products and “brands” in order to promote them as we still do today on tv.

Maybe you already know that the Colosseum shows were offered for free (the spectators were given tickets in the form of numbered pottery shards, which directed them to the appropriate section and row) but you probably cannot imagine that stewards used to pass through the crowd carrying trays of cakes, pastries and big cups of wine (vino, of course!). Snacks also could fall from the sky along with tokens for prizes (it could be money, food or even titles to apartments) which sometimes could generate violent scuffles among people – as it still happens nowadays when someone offers something for free, isn’t it?!

Thumb up versus thumb down 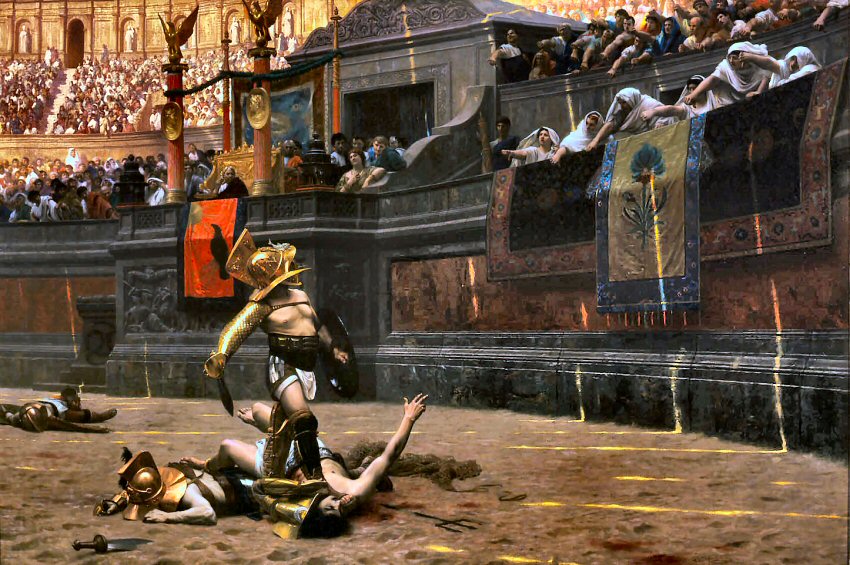 The gladiator who was supposed to be defeated could request the referee to stop the fight in order to be safe. This gladiator would signal his request by raising his left index finger. The editor/emperor took always the crowd’s response into consideration, since all the shows were designed for their delight, so the crowd would have scream whether to let the loser live (“iugula, verbera, ure!” – let him go!) or order the victor to kill him (“missus!” – slay him!). The famous “thumbs down” gesture probably didn’t mean death as we were always told by movies and probably it wasn’t even use. Some historians think the sign for death may have actually been the thumbs up while closed fist with two fingers extended, a thumbs down might have signaled mercy. Whatever gesture was used, it was not important: the point is that people would have been screaming and everybody would have hear beacause acoustics at the Colosseum were absolutely perfect.

Just think of how unbearable was the smell of blood and burnt flesh and that of wild animals during the fights. To avoid that, especially on hot days, the audience was suffused with a heady brew of spices and saffron boiled in wine, delivered in jets through concealed tubes which pierced the stonework. 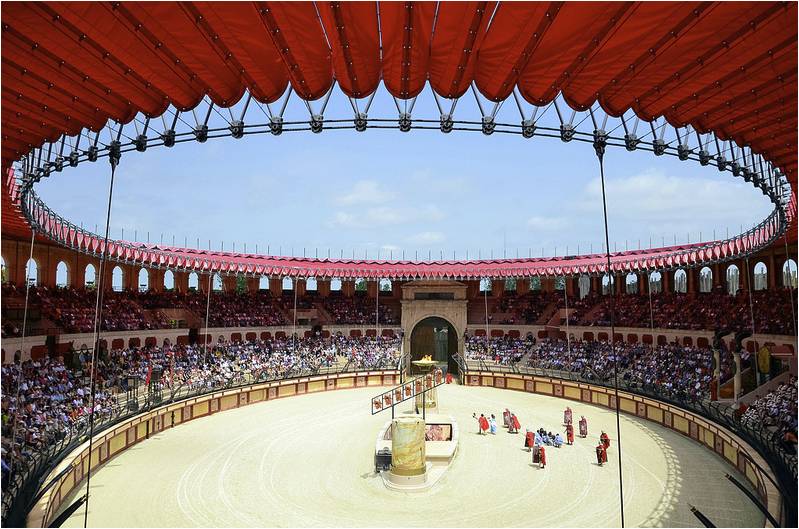 The “vela” was an enormous retractable awning, made of sailcloth, over the Colosseum roof, so spectators during the hot days of summer were always in the shade. Over 1000 sailors from the Roman Navy were in charge to roll down the sections of tent over the ropes which were tight to the top frame of the Colosseum. The crazy fact is that they were just some of the hundreds of paid professionals – workers of all types- to be hired for each day of shows. Roman empire was not only a question of slaves!