Posted at 21:00h in Inspiration by Valentina Di Pietro
Share 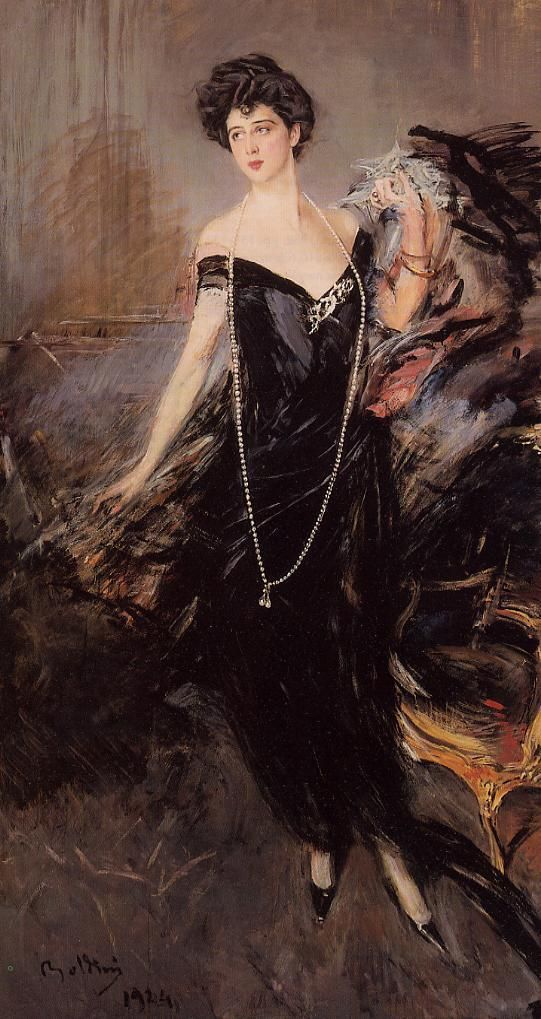 “She was incomprehensible, for, in her, soul and spirit were one – the beauty of her body was the essence of her soul. She was that unity sought for by philosophers through many centuries. In this outdoor waiting room of winds and stars she had been sitting for a hundred years, at peace in the contemplation of herself”  (F. Scott Fitzgerald)

Sometimes, looking at a painting, it happens to feel something different. It could be because of a special light or a special color but sometimes it’s because of some inexplicable charme that moves you deeply. This is what happened to me in front of this painting by Giovanni Boldini, one of the greatest italian Masters of the early 1900, currently displayed in a temporary exhibition at the Vittoriano.

The beautiful Lady portrayed here is Donna Franca Florio, very renowned lady belonging to the italian high society of the early ‘900s, since she was born aristocratic and married the incredibly rich industrial business man Ignazio Florio, owner of several companies, among them, the first leader company in production of canned tuna (which his father invented). Her privileged life during the Belle Epoque has been a romance that every woman would have loved to live and her beauty crossed the bounderies reaching Paris and all the other fashionable cities. Her love for jewels and fashion made her very demanding: she only used to wear creations by the fashion dress maker Worth in Paris and Cartier or Lalique exclusive jewels. The most famous one is the pearl necklace that we can see in this portrait: it was a majestic jewel that could embarrass a queen, composed by 365 pure pearls, one for each day of a year, as a precious love gift of her husband who probably wanted to be forgiven for his frequent infidelity.

Many intellectuals and important men fell in love with her, including the Austrian emperor Franz Joseph I. Many painters wished to portray her beauty, but only Boldini could fully represent the essence of her soul, as Fitzgerald said.

We can only imagine how much she was envied for her privileged status and how much desired for her beauty. The sadness end of her life is almost inexplicable: in the 1920s the powerful Florio family started to loose money and business and the booming market of only few years before was finally over. Little by little they have been obliged to sell properties and goods, including all Donna Franca’s jewels, to pay debts.

The fascinating painting of Donna Franca with her melancholic green eyes holding her beloved pearls has an extraordinary story too: after the Florio’s economic crisis, the painting get sold at auction many times and just few years ago the company owner of the luxury hotel Villa Igea, one of the ex Florio’s amazing villas in Sicily, bought it in order to pay homage to her, displaying then the painting in the Villa where Donna Franca spent the happiest days of her life. Sadly, due to the recent failure of Villa Igea’s company, the painting is right now for sale at auction again and its destiny will probably be to be far from Sicily and from the memory of her. An online petition is trying hard to collect votes for promoting the acquisition of the painting by local entities or public museums in Palermo. The chance is little but hope is great!

Let’s bring Donna Franca back in her beloved Palermo: sign the petition here.

Boldini exhibition at the Vittoriano.