Posted at 16:19h in Experience by Valentina Di Pietro
Share

Apart from trend, has street food been invented few years ago for a specific market? Absolutely not. In Rome, and all over Italy, street food always existed, much before the international definition “street food” has become popular all over the world. Our “cibo di strada”, that is an easy take away food that you can eat on the street when you’re walking or in a rush, is normally made with simple or poor ingredients, sometimes recycled ones, easy to take away and easy to bite. Extremely fresh, as a must.

It’s been centuries that in Italy we use this kind of food, because it was a quick snack during markets and sometimes it was cheap food for poor people. Stalls selling cheap snacks existed in Rome more than 2.000 years ago: during their popular markets, shopping time or social events people were eating street food even to socialize.
One of the most known ancien market where that happened is for sure Trajan market.

That’s why, when in Rome, it is interesting to experience the original “roman street food”,  just the way it get invented centuries ago.

In my opinion the first and most common and authentic kind of “food to walk” is still now, anyway and ever, pizza! Perfect for a quick lunch or snack, it is not the round pizza served in restaurants (pizzerias with wood oven) but the pizza by square slices – pizza al taglio– that you can find in traditional bakeries or pizza shops which are very different from restaurant, since they sell only pizza by slice and to take away or to eat at the bar. 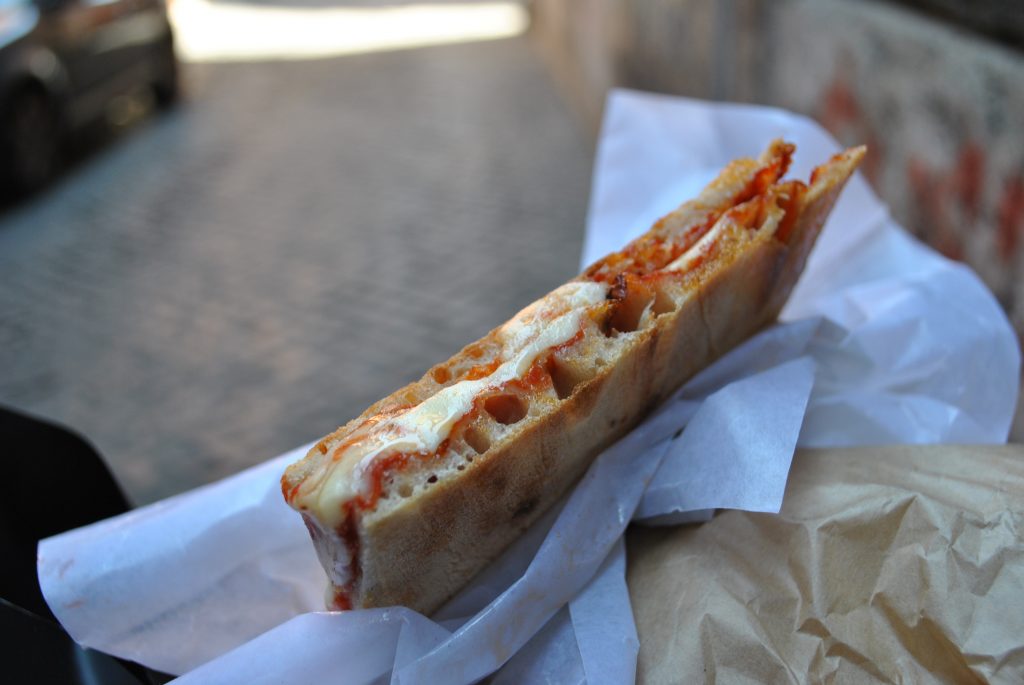 In Rome we definitely have some of the best ones, since the roman pizza has been always very renowned for its high quality and taste. In this case, there’s no rule for putting ingredients on top: you can find hundreds of flavors, the important thing is to use DOP or DOC ingredients, like cheeses, all types of salami, and vegetables. One of the classics (and, to be honest, one of my favorite) is the pizza con patate – simply with potatoes and some rosemary- that is a variety that you can find only by slice, never on round pizza.
At lunch time in Rome you’ll always see bunches of workers walking in their suits with a folded square slice in their hands.

Another very classic and traditional roman food, it is anyway a slice of pizza but the simple one, like focaccia flatbread, filled with mortadella, fresh cut in thin slices. Pizza must be still warm, that is absolutely a must! You can find the best ones still in old fashion bakeries. 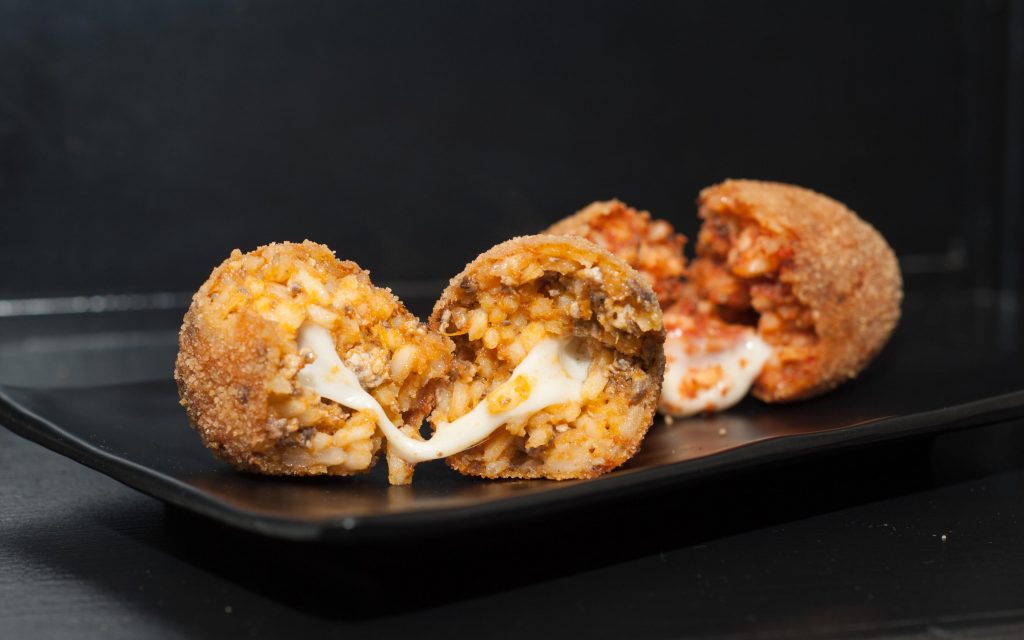 Maybe the most authentical roman street food, not to be confused with the Sicilian arancino, the supplì must be “al telefono” which literally means “on the phone”, because when you’ll open the deep fried rice ball you will discover that the melted piece of mozzarella inside creates a long cable that resembles a telephone handset (the old fashion one, not the smartphones!!). The oblong rice ball is flavored simply with ragù (tomato sauce and meat) and mozzarella.
Must be served hot, crunchy outside, soft inside! 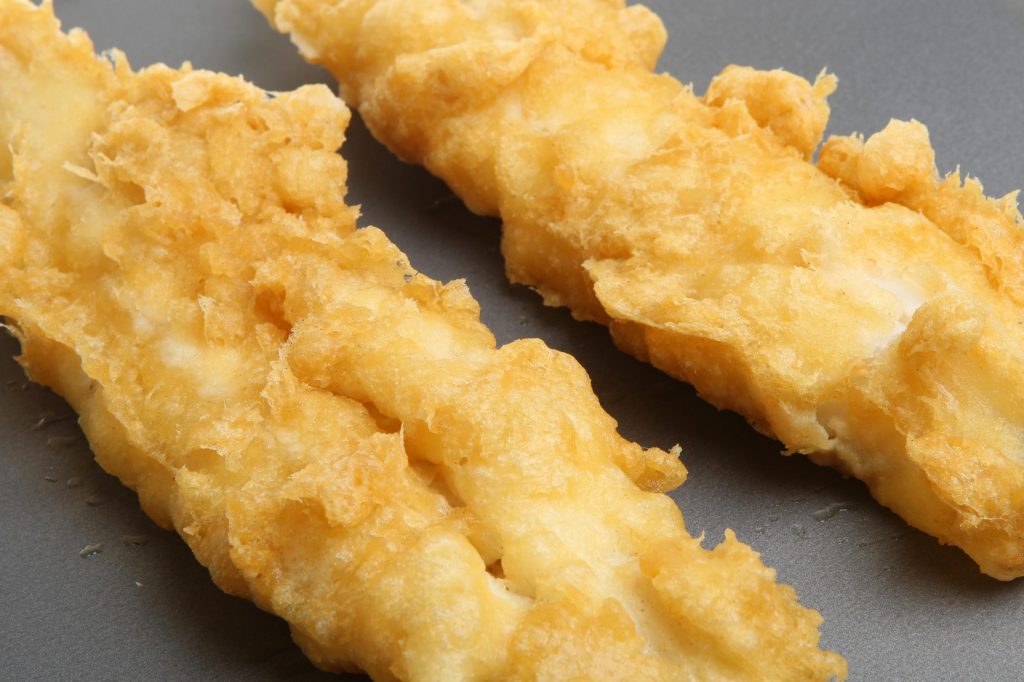 Another cult in Rome, deep fried salt codfish (baccalà) fillets were a very popular dish since cod was once very common and cheap, saving millions of people from famine, when they couldn’t afford meat. Now, that it’s not so cheap anymore, this “poor” kind of protein is nowadays served along with other typical roman fried starters, like zucchini flowers, supplì and croquettes in the best roman trattorias or pizzerias.
Never accept to try a fillet that has been fried more then 5 minutes before!! It must burn your tongue! 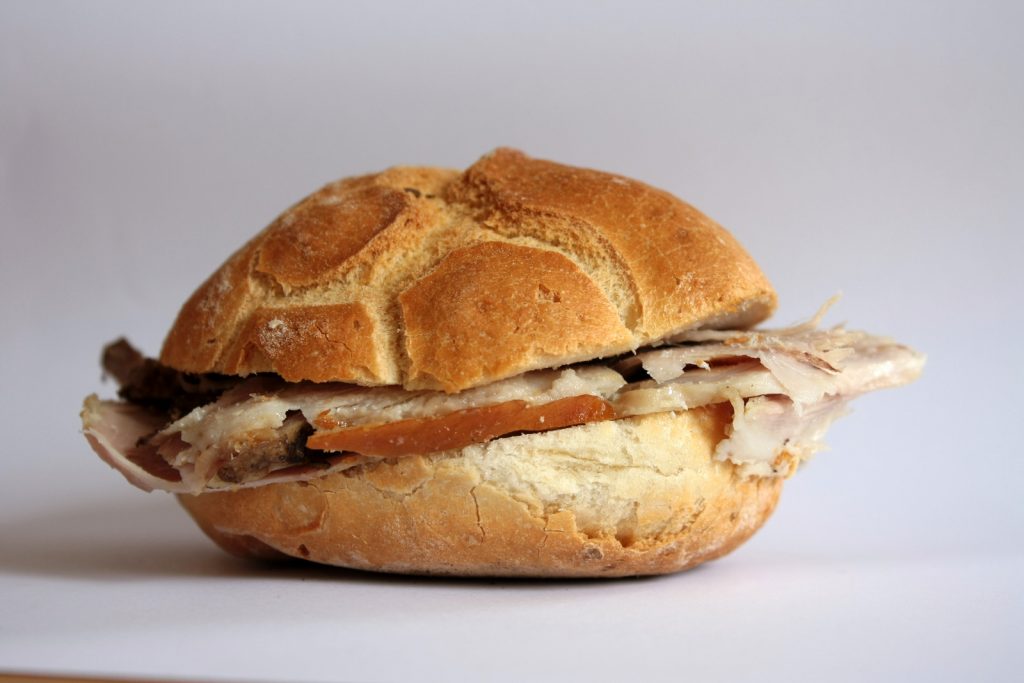 It’s a type of panini but way more flavoring and tasting! It’s filled with roasted pork (the belly and the loin). Porchetta is one of the most famous regional specialties, the best one comes from Ariccia and Marino, the hilly countryside just southeast of Rome.
A must: the meat must be pretty soft but it must include some slivers of crust (skin) that is normally very salty and crunchy (maybe a 30% of the meat).
Tip: the best bread for this kind of panini is the rosetta (see picture) or ciabatta romana. 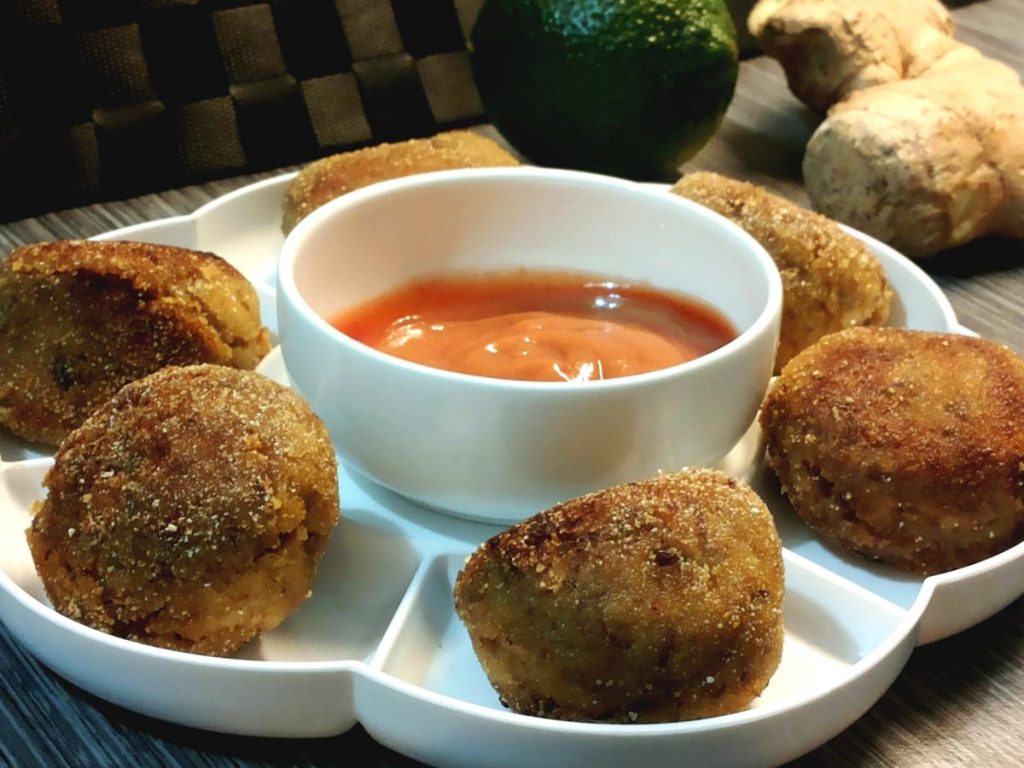 This kind of meat balls is a good example of recycling left-overs. In this case, the traditionally used for meat soup is recycled to become tasty fried patties. Originally served with some tomato sauce to be a complete meal, it is now re-interpred to be an easier street food.

If you want to try these and more tasty roman street food join me on a food tour… let me know!